In Recognition of the Centennial of the Murder of Mary Phagan 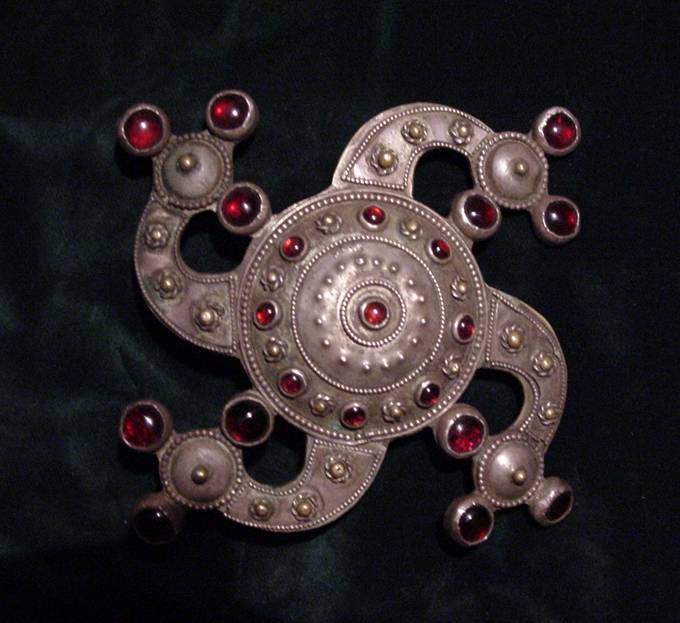 The centennial of Leo Frank's lynching was August 17, 2015.
There should be a banner at the top of this page with a link to http://www.LeoFrank.org (some can't see it). Go to that site, or visit the Leo Frank page here.

IT LOOKS LIKE THE U.S.A. HAS INSTALLED A TWO-BIT, SENILE OLD GRAFTER AND A COLORED COMMUNIST INTO HIGH OFFICE. WHAT A JOKE! HA-HA-HA.

This year on April 20th is the 133rd anniversary of the birth of Ad.H.

I had received permission from Harold to post The White Book to my site on 16 Jun 2018. I was just about to do so when I heard the dreadful news.

As my monument to Harold, I offer the following, something that, despite the poor taste it may seem to show given the circumstances, I post nonetheless as it might have given him a chuckle in life:


—Going Ape Over Political, Academic, Journalistic, and Ecumenical “Monkeybusiness”: A Swiss Tale — My Tribute and Warning to and Prayer for Christendom (UPDATED)  1 Aug 2020

Illustrations of the Demise of Christ-end-dumb

JRBooksOnline Books on "Google Books"
In the above link, several JRBooksOnline books are shown in a listing. Click on each one, and you can see 20% of the book so you can "try before you buy".

ON 30 NOV 2021 LULU TERMINATED MY ACCOUNT (THIS PER THE "REGARDS" OF THEIR "QUESTIONABLE CONTENT TEAM"), SO COPIES OF MY BOOKS ARE NO LONGER AVAILABLE THERE. OBVIOUSLY, LULU CARES LITTLE FOR FREEDOM OF SPEECH OR OF THE PRESS. WE WILL BE WORKING DILIGENTLY TO GET A NEW PRINTER AND ORDER FULFILLMENT METHOD. STAY TUNED.

1.  A new selection: JEWISH RITUAL MURDER: AN ANTHOLOGY, VOL. 2, has been completed and will become available with the new bookseller. Includes works by Arnold Leese, William Prynne, Henri Desportes, Albert Monniot and a short selection from Dostoyevsky.

Table of Contents for the above can be seen here! 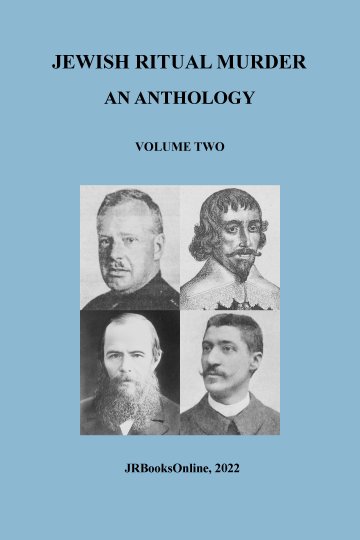 2.  JEWISH RITUAL MURDER: AN ANTHOLOGY, VOL. 1. Includes works by Julius Streicher, Cardinal Lorenzo Ganganelli, Wm. Thos. Walsh, converted rabbi Neophyte and I.I. Lyutostansky. This volume has been prepared to supplement the English-language books on the issue in question. Some of the works we have included herein are cited in the books below, but only in short passages. Here, we have reproduced such works extensively, or in some cases in full text, to give a more comprehensive picture of the evidence for Jewish ritual murders.

Table of Contents for the above can be seen here! 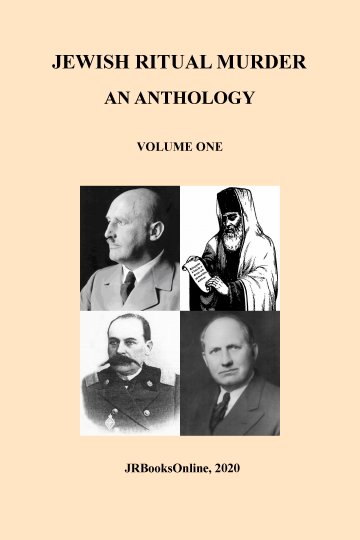 3.  Jews Must Live & Now and Forever by Samuel Roth, both in one book. This edition created by JR who originally made the files available on the Web and from whom others copied to produce their "Web harvested" versions. 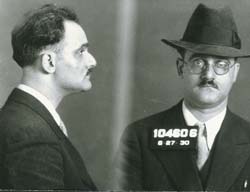 4.  THE LIFE AND MIRACLES OF ST. WILLIAM OF NORWICH.
This book is the full manuscript of Benedictine monk Thomas of Monmouth, who in A.D. 1173 chronicled the murder of 12-year-old William of Norwich. 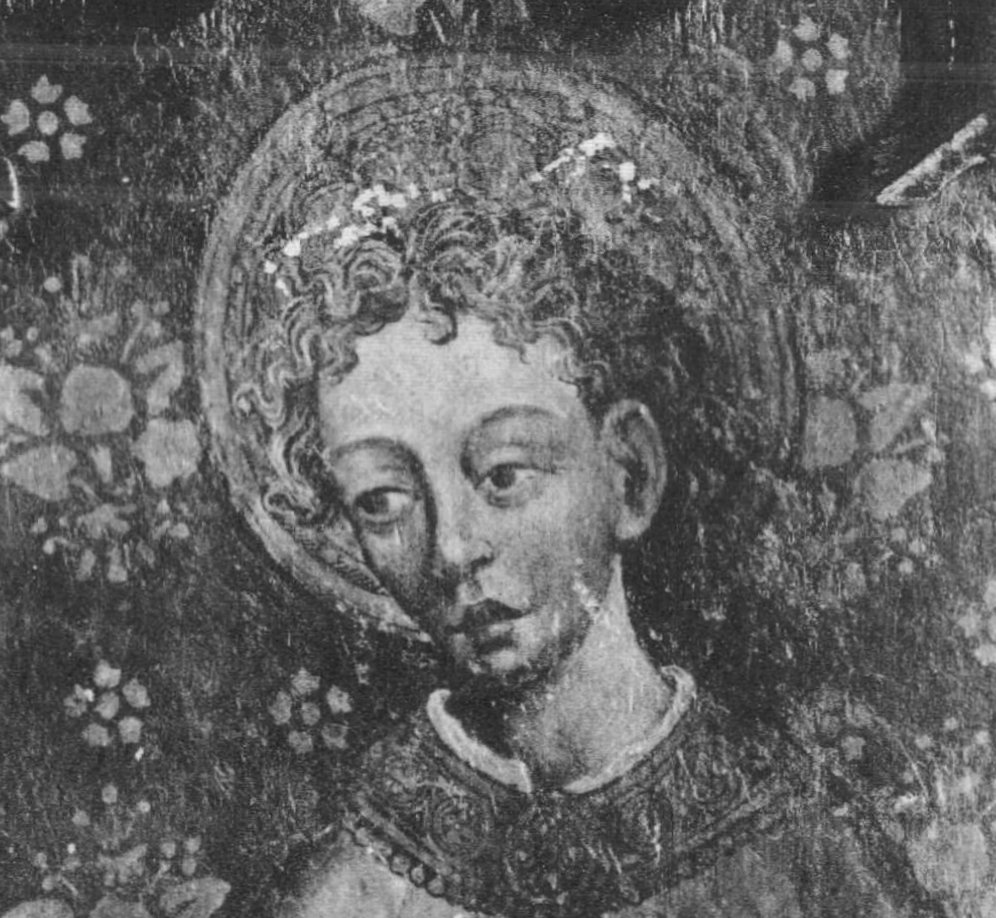 This year on March 22nd is the 878th anniversary of the murder of William of Norwich. The chronicler Thomas of Monmouth accused the Jews of doing this horrific crime, and ritually. It's the first such account in the historical record. Decide for yourself whether they were guilty or not.

5.  Jewish Ritual Murder — A Historical Investigation by Hellmut Schramm, Ph.D., is now available as a printed book. Extensive improvements have been made to the text and graphics over that available for free on this site.

6.  A NEW EDITION OF SIR RICHARD BURTON'S THE JEW, THE GYPSY AND EL ISLAM IS NOW AVAILABLE. COMPLETE AND UNABRIDGED RELATIVE TO THE PUBLISHED EDITION OF 1898, IT INCLUDES A SHORT HISTORY OF THE ORIGINAL MANUSCRIPT OF THE JEW . GO TO THIS PAGE:

Description:  THE JEW, THE GYPSY AND EL ISLAM PAGE

7.  INFO ON THE ENGLISH TRANSLATION OF A MEMORANDUM ON RITUAL MURDERS BY V.I. DAL IS FOUND HERE:

8.  INFO ON THE ENGLISH TRANSLATION OF G.G. ZAMYSLOVSKY'S THE MURDER OF ANDREI YUSHCHINSKY IS FOUND HERE:

The link above has the Table of Contents, a sample chapter and info on the original Russian book.

9.  ANOTHER SELECTION AVAILABLE FOR PURCHASE IS DESCRIBED HERE:

1 May 2022:  Added PDF files from Canadian comrade Loki Hulgaard to "The Jewish Problem" section below. This fellow is in great financial straights and needs help right away. See if you can support him with a donation.

26 Apr 2022:  Added announcement of the new JEWISH RITUAL MURDER: AN ANTHOLOGY, VOL. 2. Cannot yet be bought since arrangements with the new bookseller have not been finalized, so consider this a pre-announcement.

5 Feb 2022:  Added excerpts from Keim's Sheridan's Troopers on the Borders. If your concept of western "Indians" is Dances with Wolves, you might want to read this. No Hollywood fantasies, just cold, hard facts from the military men who were there. 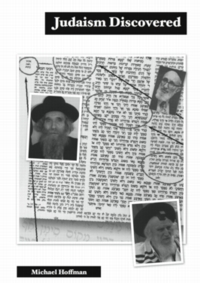 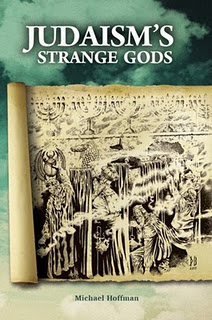 PDF BOOKS.
Many of the PDF files are clustered here at this link.  Others are sprinkled thru'out the site by topic -- see the categories below.

If anything should disintegrate it will be those States which consist of all kinds of races, like our plutocratic world democracies, the so-called world empires, which are solely based on the oppression of and suzerainty over other nations.

But what care you for brain or head,
Ye stiff-necked herd, well paid and fed
And clothed by human ignorance?

"Do not separate text from historical background.  If you do, you will have perverted and subverted the Constitution, which can only end in a distorted, bastardized form of illegitimate government."  -- James Madison.

". . . And so the population was gradually led into the demoralizing temptations of arcades, baths, and sumptuous banquets.  The unsuspecting Britons spoke of such novelties as 'civilization', when in fact they were only a feature of their enslavement."  —Tacitus, Agricola, 21 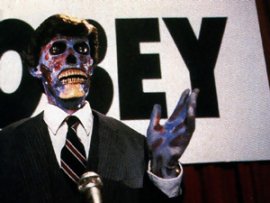 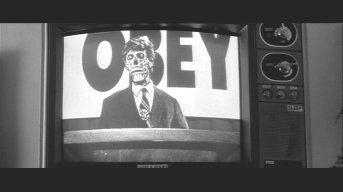 Deliberate falsification ("intellectual dishonesty" is the kind phrase for it) is much more common than one might think.  This site will show how little the commonly-held judaized beliefs of today can stand up to any sort of real historical examination using primary sources without distortion.

An odd concept you may have never heard of.  But it happened.

The historical record, as represented by the German government at the time, on Bromberg "Bloody Sunday" and related incidents -- 58,000 claimed dead or missing by Feb 1940.  The German invasion was Sep 1939, but it's important to understand that many of the outrages had preceded the German invasion.  This was proved by the amount of decomposition of the bodies.  Thus, these atrocities cannot be excused simply as reprisals for the German invasion (which would be wrong anyway).  They included 19 year-old girls with their faces smashed, amputations, disembowelments, shot thru' the eye, death-trauma births, you name it.  Poles had been merrily slaughtering anything or anybody German since at least as early as April 1939, with smaller incidents stretching back to the close of WW I  -- you haven't been told that by the Mass Media, or the fact that these atrocities were one of the main causes for the German invasion of Poland, something that was meant by the Germans to be a local solution to a local problem. 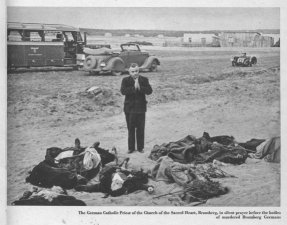 NOTICE:  No hardcopy books are for sale here, except as announced above on this page and linked elsewhere on this site.  This site exists to support researchers, home schoolers or anyone else interested in their White past.  Some of the titles featured here are worth hundreds of dollars apiece, but you may download them for free.  Not a bad deal.

"Wir, nicht Ich,"
or,
"The common interest before self-interest."

Tell her the truth about
history, race and culture. 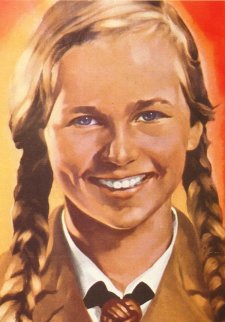 This site's purpose is to bring to the fore many old works of literature you may not be aware of.  Certainly, if you grew up in the past 50 years, went through an "establishment" education and did what you were told, chances are you were never allowed to examine the works presented herein.

These books and essays all deal in some way with White solidarity and White Nationalism.  If mentioned at all (e.g., in a classroom or rag-mag article), these books had short passages quoted out of context to make the authors appear ridiculous, and then it was "on to the next subject".  Haven't you ever wondered why they never showed you the whole thing, so that you could decide for yourself?

Many deal with specially coddled "minorities" or uniquely powerful "religious groups" that have legions of brainwashed lackeys at-the-ready to protect them from all criticism.

The Establishment has taken great pains to ensure that you never look at these books, articles and essays.  Many old books disappear off library shelves, conveniently "lost" or "misplaced".  Some are bought out for the sole purpose of destruction.  Many are now quite rare.  A few titles can be seen in your local bookstore -- but  invariably the text is altered in some way.  They are presented here as an act of preservation, and in defiance of "Political Correctness".

So now, reaching down into the Memory Hole . . .

Carlos would like to call attention to his Darkmoon file which is linked toward the bottom of the startup page above. 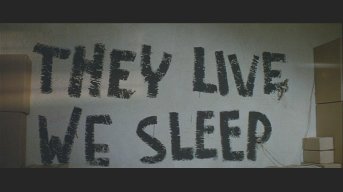 Constructive e-mail may be sent to the address below.

No one is more hopelessly enslaved than the person who falsely believes he is free.  — Goethe (compare with No slavery is more disgusting than that which is voluntary.  — Lucius Annaeus Seneca)

The more I study religions the more I am convinced that man never worshipped anything but himself.  — Sir R. F. Burton, Arabian Nights, vol. 10, p. 184, f/n 2

Entire site and all original scans are

FAIR USE NOTICE:  This site contains copyrighted material, the use of which has not always been specifically authorized by the copyright owner. We are making such material available in our efforts to advance understanding of environmental, political, human rights, economic, democracy, scientific, and social justice issues, etc. We believe this constitutes a 'fair use' of any such copyrighted material as provided for in section 107 of the US Copyright Law. In accordance with Title 17 U.S.C. Section 107, the material on this site is distributed without profit to those who have expressed a prior interest in receiving the included information for research and educational purposes. For more information go to: http://www.law.cornell.edu/uscode/17/107.shtml. If you wish to use copyrighted material from this site for purposes of your own that go beyond 'fair use', you must obtain permission from the copyright owner.

This site does not condone or encourage illegal activity of any kind.
Nothing on this site constitutes legal, medical or financial advice.
The materials are presented here so that people may freely investigate social, moral and political issues.

It is my desire that any and all of the files on this site receive the widest dissemination possible on a non-commercial, non-profit basis, subject to the Fair Use notice above.  Linking and copying via the Web is allowed and encouraged, as long as no changes are made.  It would be appreciated if JRBooksOnline.com were cited as the source for material originating at this site.  This is not for ego-gratification; it's so people can find more items related to whatever is posted.

"All your base are belong to us." — from an old Japanese sci-fi film