The Story of the Jews

This book is the classic pro-Jew apologetic, written for young people, no less (it wasn't only the Jesuits who said "get 'em while they're young").  Every bit of fawning admiration is exhibited here; no excuse is too strained to get the Jews off the hook, and have us believe that we should feel lucky to have such a glorious and superior race living among us.  [*See quote at bottom]  Per Hosmer, we should feel glad that we are allowed to suspend all independent thought, and await the next dictate from our international masters with giddy delight.  Back in the 19th-Century, the pretensions to superiority were blatant.  Also, "Hebrew patriotism" was openly admitted.

The book is similar to Norman Cantor's The Sacred Chain, which the National Vanguard catalog describes as follows:  "One cannot understand the Jews completely by studying only what their enemies (Goebbels, Eckart) or Jewish rebels (Shahak, Roth) say about them.  One must also look into the mind of the Jewiest of them and see his fellows through his eyes.  Cantor is such.  His book is a revelation of Jewish arrogance and subjectivity, as he details their role in history."  Well said, and the same statement describes this book to a tee.

This work exhibits all the contradictions and duplicity inherent in such works: first gloat about  Jewish wealth, control of the press, arts, etc., then condemn as "anti-Semites" anyone who calls attention to the very same things -- minus the tail-wagging admiration.  For instance, Hosmer celebrates Jew influence in all areas of public life and culture for more than 200 pages, then casually berates the great composer Richard Wagner by saying he "wrote a diatribe against Jewish influence in music".  Hosmer then repeats a cockamamie story about Wagner (that Jewish musicians were the only ones he could find who could perform an especially difficult piece) for extra spite.  In attempting to exonerate the Jews, he brings forth so much evidence and reasons for disliking them that the effect is the opposite of what he intended.  The bottom line:  One rule for Jews, another for everyone else.

To see what Wagner actually wrote, and to verify for yourself that what Wagner said can hardly be described as a "diatribe" by any person capable of objective thought, see http://users.belgacom.net/wagnerlibrary/prose/wagjuda.htm.

This book is referred to in Pierce's translation of Eckart's Bolshevism from Moses to Lenin at f/n 7, referring to Paris, 1871.  The full citation is:  "The house of Rothschild, however, floated buoyant on the waves of the stormy upheaval, saw the Prussians enter with little regret, and was even spared by the Commune, when all else was subjected to destruction or pillage."  Incidentally, a more authoritative reference for this would be Count Corti's The Rise and the Reign of the House of Rothschild, 1928, Vol. II, p. 425.

CHAPTER I.  WHY THE STORY OF THE JEWS IS PICTURESQUE.

CHAPTER XII.  THE FROWN AND THE CURSE IN ENGLAND, ITALY, AND FRANCE.

Extract, p. 124-129.  On the perversion of early Christianity -- this text closely parallels Marcus Eli Ravage's essays in The Century magazine.

Some illustrations used with the above: 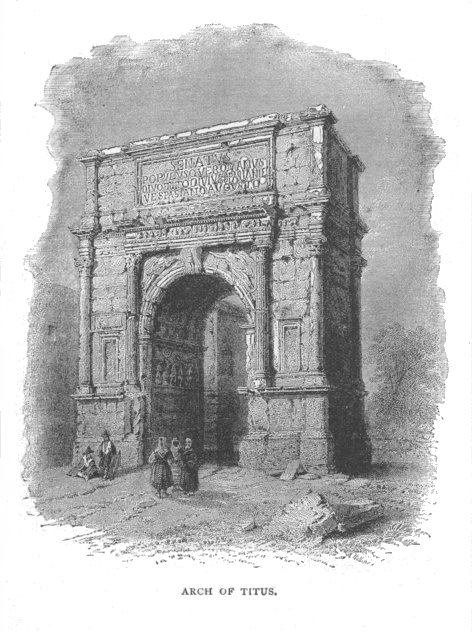 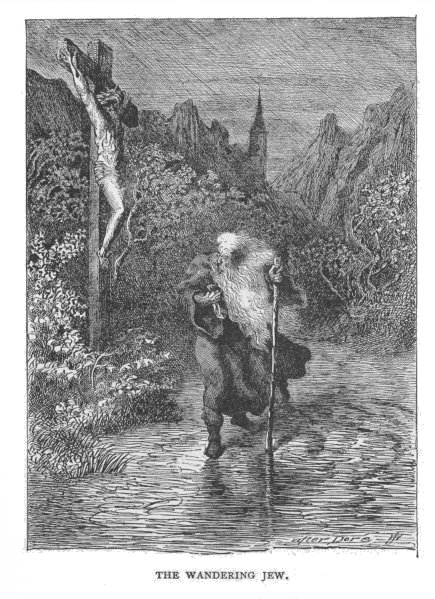 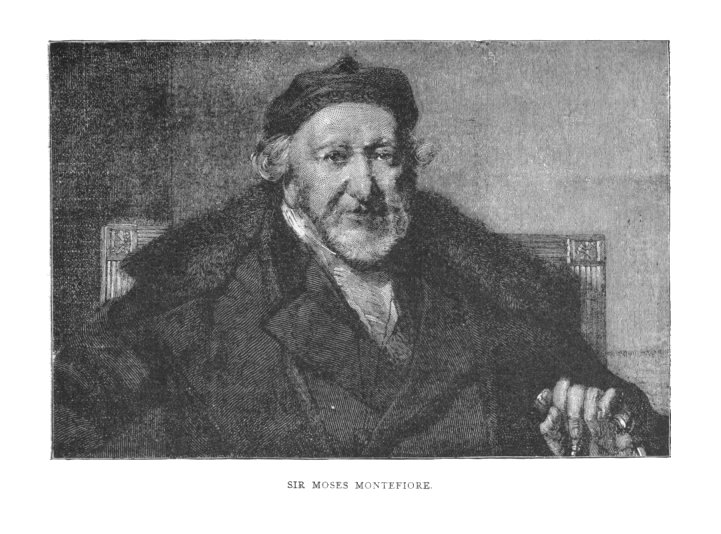 Here he is, the principle perverter of 19th-Century European politics.

He traveled the world, his pockets bulging with Rothschild money with which to bribe local officials to have them release Jews accused of crimes.  For this, his co-racialists called him a "great philanthropist".  Montefiore figured heavily in the Damascus ritual murder case of 1840; see The Jew, the Gypsy and El Islam.

"The Jewish theory that the Goyim envy the superior ability of Jews is not borne out by the facts. Most Goyim, in fact, deny that the Jew is superior, and point in evidence to his failure to take the first prizes: he has to be content with the seconds. No Jewish composer has ever come within miles of Bach, Beethoven and Brahms; no Jew has ever challenged the top-flight painters of the world, and no Jewish scientist has ever equalled Newton, Darwin, Pasteur or Mendel. In the latter bracket such apparent exceptions as Ehrlich, Freud and Einstein are only apparent. Ehrlich, in fact, contributed less to biochemical fact than to biochemical theory, and most of his theory was dubious. Freud was nine-tenths quack, and there is sound reason for believing that even Einstein will not hold up: in the long run his curved space may be classed with the psychosomatic bumps of Gall and Spurzheim. But whether this inferiority of the Jew is real or only a delusion, it must be manifest that it is generally accepted. The Goy does not, in fact, believe that the Jew is better than the non-Jew; the most he will admit is that the Jew is smarter at achieving worldly success. But this he ascribes to sharp practices, not to superior ability." (Minority Report: H. L. Mencken's Notebooks)