What Burton's research into The Arabian Nights tells us

These rare texts were heavily censored by the Victorians due to their sexually explicit nature.  They originally appeared as part of the complete 16-volume Arabian Nights, actually called The Book of the Thousand Nights and a Night, as published in 1885-8 by the Kamashastra Society in Benares, India, "for private subscribers only" (first pic below shows a similar, but later edition).  It had to be done in this fashion, as publishing the material openly in England would have been against the anti-obscenity laws.  But in our supposedly "permissive" times, with wall-to-wall sex in our media, this material is, oddly, rarely seen.  Why?  Read it for yourself and find out.  Burton names names, with specific locations, ethnic groups and even some people!  There is nothing here that was too "taboo" for Burton to address.  Warning: these texts may be offensive to some, but at least there are NO graphics.

All volume and page references are to the 16 volume "Burton Club" edition. 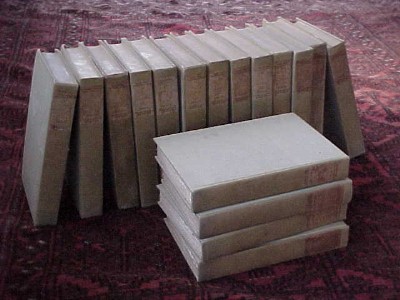 One of the full, unexpurgated versions.  Rare today.  This edition had 17 volumes, due to the split of one original over-sized volume (Supplemental Nights #3) into two.  There were multitudinous other editions as well, but beware, many were censored, or simply honed down to only a small percentage of the original material.

It seems the above edition was reprinted in 1994 by the Easton Press, Norwalk, Connecticut in red leather and all gilt edges. 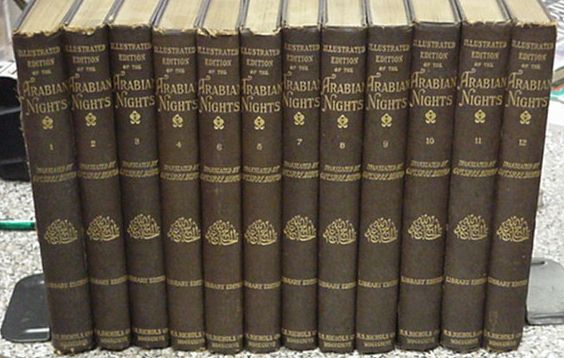 The endless debate: is homosexuality geographical, climatic, social or racial?  Burton's entry into the fray.

From an unexpurgated edition, with no PC filters of any kind.  Read the real thing, straight with no chaser.  No latter-day "editor" carefully modifying text so you shouldn't reach the "wrong" conclusion.  Note the full "Terminal Essay" was almost 200 pages long; what follows is an extract.  The mixed Arab-Negro (North African) propensity for sodomy becomes quite comprehensible when one considers more recent history, like the rape-murder of thousands of civilians by Moroccans in Monte Cassino, Italy during WW II.  Many of those raped were boys and men.  In the days before PC-ness, these strange leanings could be faithfully and accurately reported.  It used to be commonly observed that racial admixtures have an odd tendency toward sodomy and the sexual humiliation of women:

See also article on UK Marines in Afghanistan.  Had they read Burton, they would have been prepared.  But with PC education, how could they have been?

Some quotes re. Negroes from The Arabian Nights.  Suppressed footnotes.

"All the splendor and squalor, the beauty and baseness, the glamour and grotesqueness, the magic and the mournfulness, the bravery and the baseness of Oriental life are here: its pictures of the three great Arab passions, love, war and fancy, entitle it to be called 'Blood, Musk and Hashish'."

Love, War and Fancy features edited versions of the texts, omitting many of the more arcane of Burton's copious footnotes.  In Love War and Fancy, groupings were made by subject, so material taken from different parts of the Arabian Nights is juxtaposed without the editor telling the reader what exactly came from where.  Some material was taken from the main body of the Nights as footnotes ("Explanatory Notes on the Manners and Customs of Moslem Men"), some from the "Terminal Essay" in Vol. 10.

"Eunuchs" and "Man and Beast".  Some jaw-dropping material regarding eunuchs and bestiality garnered from Love, War and Fancy, pp. 220-228, taken from various parts of the Nights.  Burton recommends that objective research be done to determine once and for all whether man can breed with beast, and even recommends that the result, if viable, be used as agricultural laborers -- Wow!  Can you even imagine this being written today?  Yet the research Burton recommended has still not been conducted!

This one reproduced only Section IV, Part D of the "Terminal Essay", calling it "The Sotadic Zone".

The Panurge Press preface.  For whatever it is worth.  Includes a very short commentary by John Addington Symonds, a generic social-universalist type apparently popular at the time.

Related:  "Bassou: Man-Ape Hybrid?" from the National Vanguard, 1976.  Compare with "Man and Beast" above.  Science has a lot more to investigate in this area, but don't hold your breath.  We are denied such knowledge.  What if objective tests were conducted, and it was found that the negro could breed with the ape, but the White could not?  Do you actually think you'd ever hear about it?

Related:  Two newspaper clippings from Africa.  Egads!  When they said "diversity", they really meant it!